From construction site to classroom: Matthew Crawford finds his passion in education

A series of traumatic experiences in early childhood nearly prevented Matthew from fulfilling his destiny of becoming a teacher. An on-the job injury sustained in his 30s changed the trajectory, and ultimately led Matthew back to school.

Matthew's path to becoming an early elementary educator has been anything but smooth. He had enrolled at LCC twice in the past, but always found it easy to give less than a full effort. Like many college students, he also struggled with a fear of failing.

After experiencing serious complications from his 2012 work-related injury, Matthew knows that this time he doesn't have the option of going back to physical labor. The third time does appear to be the charm. Matthew was recognized this quarter as the Outstanding Student by the Education Department at LCC.

“I realized that it's never too late to be what I could have been. In the past, clinging to a victim mentality prevented me from fulfilling my potential,” — he said.

Matthew credits Ann Williamson (Education faculty member at LCC) for developing a degree program that qualified him to receive funding through Labor and Industries after his injury. Without Ann, he would most likely be working on a business degree instead of pursuing his passion.

Matthew expects to receive both his AA-DTA and Para-Educator certificate from LCC. He will need both a bachelor's and a master's degree in education to teach, and would like to earn his administrator credentials as well.

He plans to enroll in City University's education degree program through the Lower Columbia Regional University Center later this year.

“I want to stay here while pursuing my bachelor's degree. With the University Center, I can do that!” — ;he said. 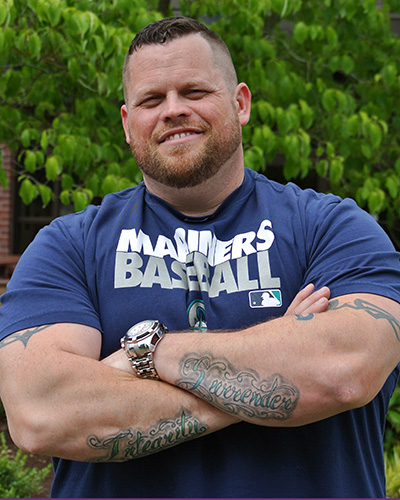