In 2016, he received his Associate in Arts – Direct Transfer Degree and received the Outstanding Student Award from both the Math and Physics Departments. He was awarded the LCC Foundation’s Science, Engineering and Math Tutor Scholarship for the 2016-17 academic year.

In 2017, he is receiving his Associate in Science – Transfer degree in Mechanical Engineering. Earlier this year, he was named to the 2017 All Washington Academic Team. He also received the Longview Kiwanis Natural Science Award, as well as one of four Scholastic Achievement Awards granted by Lower Columbia College each year. He was also named as the Outstanding Engineering Student of the Year.

Most recently, it was announced that Andrew is the recipient of the 2017 Community College President’s Award for Washington State University Vancouver (WSUV).

This prestigious award comes with a full tuition scholarship. Andrew will attend WSUV in the fall, where he hopes to earn a bachelor’s degree in Mechanical Engineering. 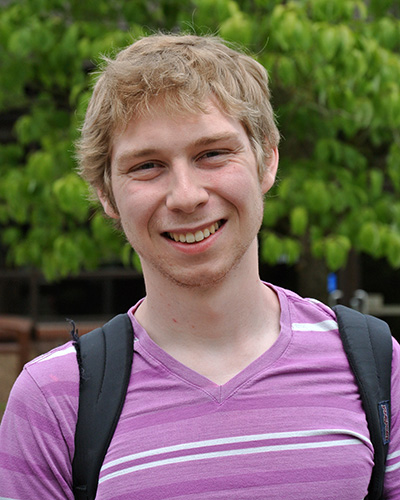