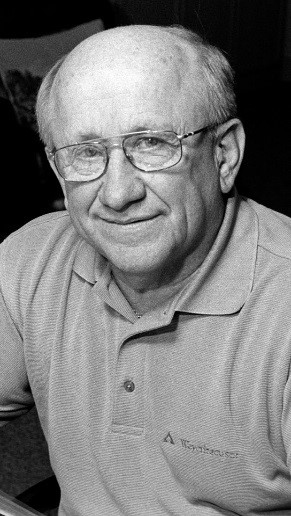 Dick graduated from RA Long in 1950 and attended LCC from 1950-53. While attending LCC, he drove a bus for Longview schools, picking up students in the morning, parking the bus near the college while attending classes, and driving students home in the afternoon. He also worked in a local mechanic shop and on his family's dairy farm. During the Korean War, college students like Dick were allowed to continue their education and defer participation in the draft until they finished. After graduating from LCC, Dick went on to study forestry at the University of Washington, graduating in 1956.

From 1957-58, Dick served in the U.S. Army with the 558th Missile Battalion in Europe, while also serving as a German translator and wrestling coach. When he came up for reenlistment, he (laughingly) recalls his Company Commander saying to him, "I'm not sure if you work harder at working or play harder at playing." This follows his life motto to "work hard, play hard." Dick was also an avid wrestler in high school, college, and the army. He even competed for a spot on the U.S. Olympic team. Later in life, Dick served as a high school and college wrestling and football official.

Dick married his wife, Judi, in 1964. They have two grown children, Roxanne and Johann. Dick's career spanned 33 years working on the product side of the forestry business. His strengths included the ability to turn struggling mills into profitable businesses. He ended his successful career after managing Weyerhaeuser in his hometown of Longview for 12 years. He and Judi enjoy retirement living on their family property in west Longview, and continue to be involved in tree farming.

Dick wants people to understand the importance of vocational careers. Vocational skills translate into business skills as they provide a basic foundational understanding of the mechanics of running a successful organization. Dick shares, "With skills, anyone can do it (vocational trades). You just have to have the desire and work ethic to go with it. As for this award, it is totally unexpected. I serve my community because I enjoy it, and it has served me well."

Dick and Judi have supported LCC for more than 20 years and actively attend LCC events. They are strong supporters of LCC's vocational and scholarship programs, and established the Dick and Judi Peters Vocational Scholarship. Other contributions include the Health and Science Fund, Innovation Fund, Student Success Fund, Vocational Scholarship Fund, College Success Fund, and Unrestricted Fund.

"LCC is proud to honor Dick as the 2019 Alumnus of the Year. He has been an amazing supporter of LCC throughout the years. His advocacy and passion for vocational programs offer valuable insights. His longstanding support of the local community and LCC truly makes a difference," said LCC President Chris Bailey.

Dick Peters will be honored at this year's LCC Foundation Horns & Halos Gala on September 28. For more information about LCC Alumni, or to join the LCC Foundation Alumni Association, visit lowercolumbia.edu/alumni.

For more information, please contact Kendra Sprague at (360) 442-2121 or ksprague@lowercolumbia.edu