Peterson, a 1967 graduate of LCC, grew up south of Kalama and attended Kalama Public Schools, where she graduated as the valedictorian of her class. While at LCC, Peterson played clarinet in the college’s symphony, belonged to Phi Theta Kappa (the international honor society for two-year college students) and was the 1967 Outstanding Student in Natural Science.

In 1979, Peterson returned to Longview and opened up her own medical group, Internal Medicine Clinic, before joining PeaceHealth in 1999. Peterson retired last year.

Peterson continued her involvement with LCC throughout her career. Peterson was inducted into the LCC Hall of Fame for Achievement and Community Service in 1988, and she established an endowed scholarship for the school in 2006. Peterson currently serves on the LCC Foundation board. 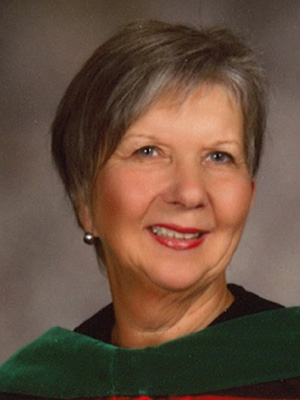