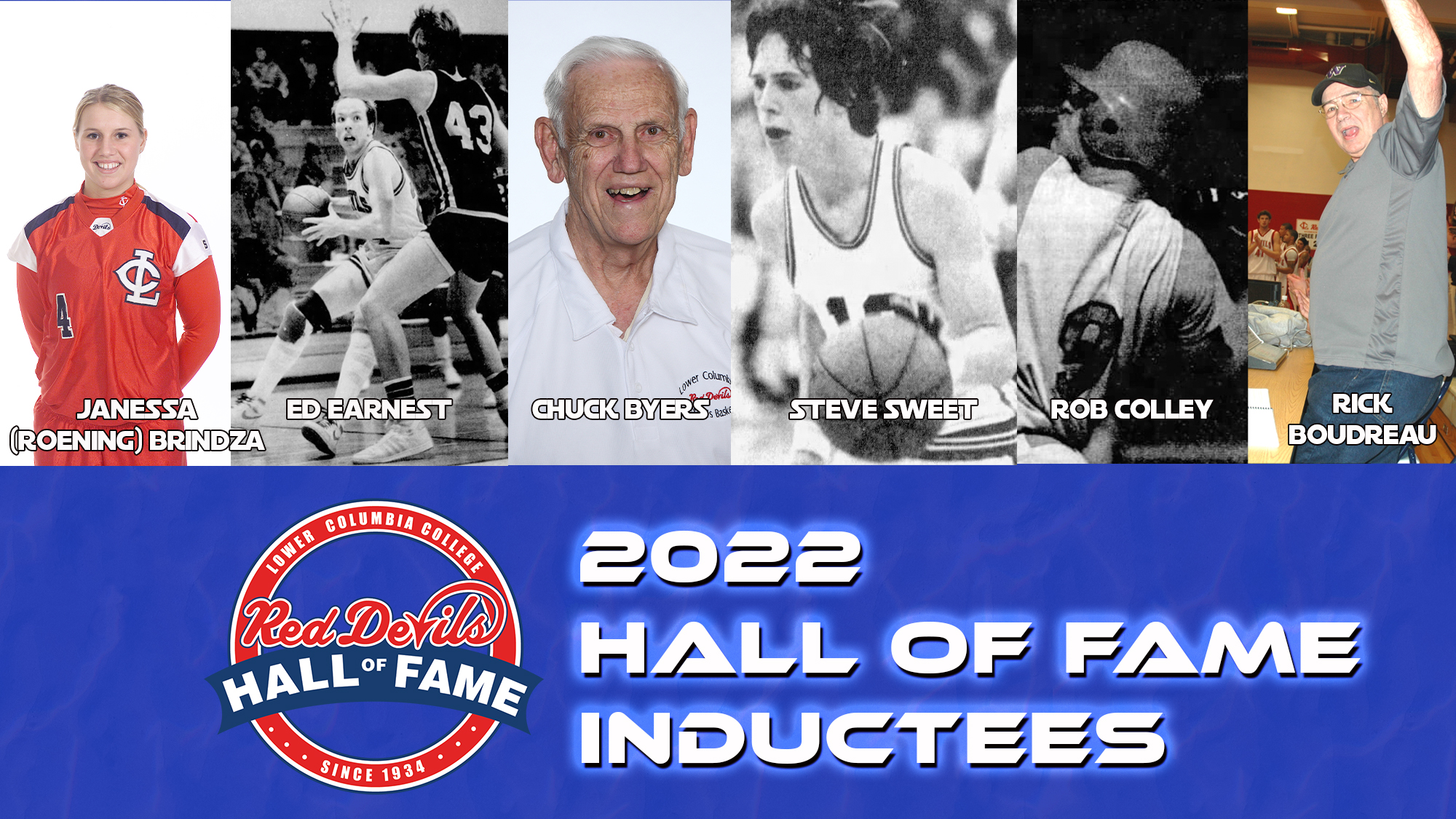 A Celebration of Athletic Excellence

Meet the inductees, hear their stories, and watch the full ceremony online:
http://bit.ly/Hall-of-Fame2022

Without scholarship support, many of our student-athletes would not be able to continue pursuing their education at LCC. You are essential in ensuring that we accomplish our fundraising goal of $90,000 to support vital Athletic Scholarships. Please consider making a gift to Athletic Excellence online at lowercolumbia.edu/foundation/hall-of-fame or call 360.442.2130​. All proceeds will support athletic scholarships and programs.

The Tenino High School grad joined the defending NWAC baseball champions in 1996 and was a big part of winning two more titles during his stay at LCC.  Colley was part of a potent LCC offensive lineup that took back-to-back titles.  Colley hit .500 his sophomore season and was named the NWAC Conference MVP.  He was a two-time All-NWAC player while at Lower Columbia.  Colley then joined the Oregon State Beavers where he was one of the Beavers top hitters during the early years of head coach Pat Casey.  Colley held a record for RBIs in a game at OSU until it was later eclipsed.

Brindza was a standout prep player at Port Angeles High School, who decided late in the summer of 2003 to walk-on at LCC.  Before she was done at LCC she had become a two-time National Fastpitch Coaches Association All-American.  An outfielder with speed and range, Roening also had a great arm and a lefty power bat.  She led the Red Devils to back-to-back NWAC championships in 2003 and 2004. LCC lost just 10 times in 81 games during the two years with Roening.  She went on to join the Missouri Tigers in the Big 12 where she was a two-time all-conference player and the Big-12 Newcomer of the Year her junior season.  Janessa met her husband Will Brindza while they both attended LCC. Will was a standout player for the Red Devils.

Sweet was a two-sport star at Mark Morris High School when he stayed in Longview to play both baseball and basketball for the Red Devils. Sweet was a top player for the West Region basketball champs in 1976-77 and was also part of the second place team his sophomore season. In baseball, Steve pitched and played first base for the 1977 AACC tournament team and then helped the Devils to an AACC runner-up finish in 1978. He was an All-Coastal Division player his sophomore year.  Sweet then continued his service to LCC by volunteering his time to run the Myklebust Gymnasium scoreboard for the past 25 years.  Steve and his wife Deb have also been corporate supporters for the college through their business Sweet Spot frozen Yogurt.

Ed Earnest has seen more Lower Columbia basketball games and sporting events than anyone.  Earnest has served as the athletic trainer for LCC since 2000 but he has been involved with the program since he was 10 years old as a ball boy, statistician, player, coach and trainer.  The son of former athletic director and LCC Hall of Famer Gary Earnest, Ed has been a big part of 19 conference championships in his 33 years serving the Red Devils.  Earnest played for the LCC basketball teams in 1984-85 and 1985-86. Earnest was honored with the Art Feiro Award as the top student/athlete in the entire NWAC conference.  After graduating from BYU, Earnest spent 10 years working in sports medicine in Minnesota before his love of family and LCC brought him home.  It's estimated that Earnest has witnessed 900 LCC basketball games over his life.

Like Earnest, Rick Boudreau has also witnessed hundreds of LCC sporting events during his career as the Red Devil bus driver.  There are also hundreds of stories while the team traveled the west coast with Boudreau at the wheel.  As a student at LCC in the late 60's, Boudreau played intramurals and began to volunteer his time supporting the athletic teams.  He turned that love of the college into a career as a campus custodian.  But the Red Devils were never far from his heart.  He began as the basketball team's scorekeeper and kept doing that until he retired in 2010.

Byers did a little bit of everything as a member of the LCC Athletic Department.  He served as the Red Devil track and field coach for five seasons in the late 90's.  His career as a track coach at the high school level led to his induction into the Washington State Coaches Hall of Fame in 2004.  Byers began to assist the LCC women's basketball program in 2001 and continued in that role until his death in 2015.  Byers was an outstanding basketball and track athlete at Seattle Pacific University where he is member of the SPU Hall of Fame.  Chuck's love of the student/athletes at LCC was evident as he would do anything to assist them, without fanfare, behind the scenes.  Byers also worked tirelessly to make sure the record book of LCC women's basketball was updated. Also a member of the R.A. Long High School Hall of Fame, Byers now has his rightful place in the LCC Hall of Fame.