In business for more than 90 years, JH Kelly was one of Longview's founding companies.

Founder Jack Kelly, Sr. made his way to Longview while traveling to California from Canada in the 1920s. After meeting Robert A. Long, he decided to stay in Longview and opened his business on Commerce Avenue. Led by a fourth-generation “Kelly”, Mason Evans, JH Kelly is now one of the largest industrial mechanical contractors in the country.

“We have been fortunate to have so many longstanding businesses in our community who give back. JH Kelly is a powerful force in our community and has impacted the lives of so many students at LCC through scholarship support, facilities improvements, direct program support, and employment after graduation from LCC.” — LCC Foundation President Alex Nelson.

Over the past 25 years, JH Kelly has provided over $100,000 in financial and in-kind gifts to the college, supporting initiatives such as the LCC Student Success Fund, the LCC Head Start program, student scholarships, and various academic and athletic programs.

“We recently celebrated the dedication of the new Head Start Memorial Park building which will serve hundreds of children and their families in the years to come. We couldn’t have done it without the partnership of JH Kelly, which donated more than $75,000 in labor and materials for its completion.” — LCC President Chris Bailey.

JH Kelly is actively involved in many community-based non-profit organizations including; the Columbia Theatre, St. John's, United Way, The Boys and Girls Club, Students in Need, and Home with Heroes.

Dan Evans, Chairman of JH Kelly, currently serves on the LCC Foundation Board of Directors where he shares his passion for industrial/vocational training to the betterment of the college. 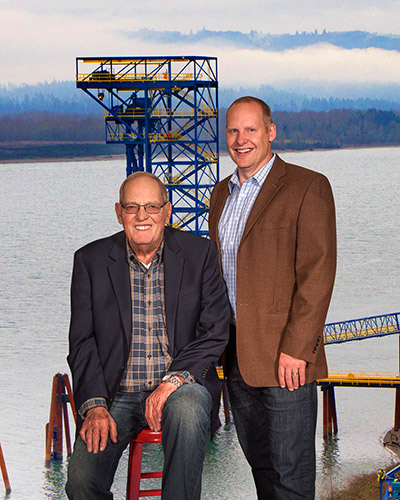 Chairman and President of JH Kelly.

Over the past 25 years, JH Kelly has provided over $100,000 in financial and in-kind gifts to the college,